To take a driving tour, click on the map links under many of the pictures.

This vintage picture of the R. A. Long Building on the northwest corner of Tenth and Grand Avenue in downtown Kansas City, Missouri, is where J. J. Lynn's company offices were located during his life. He spent his morning hours here in meditation since his home environment was not conducive to meditation. A kriya yogi, who became a siddha (one who has attained Self-realization), operated from the heart of the business district across the street from the Federal Reserve Bank. The R. A. Long Building is now the United Missouri Bank (UMB) Building at Tenth and Grand. 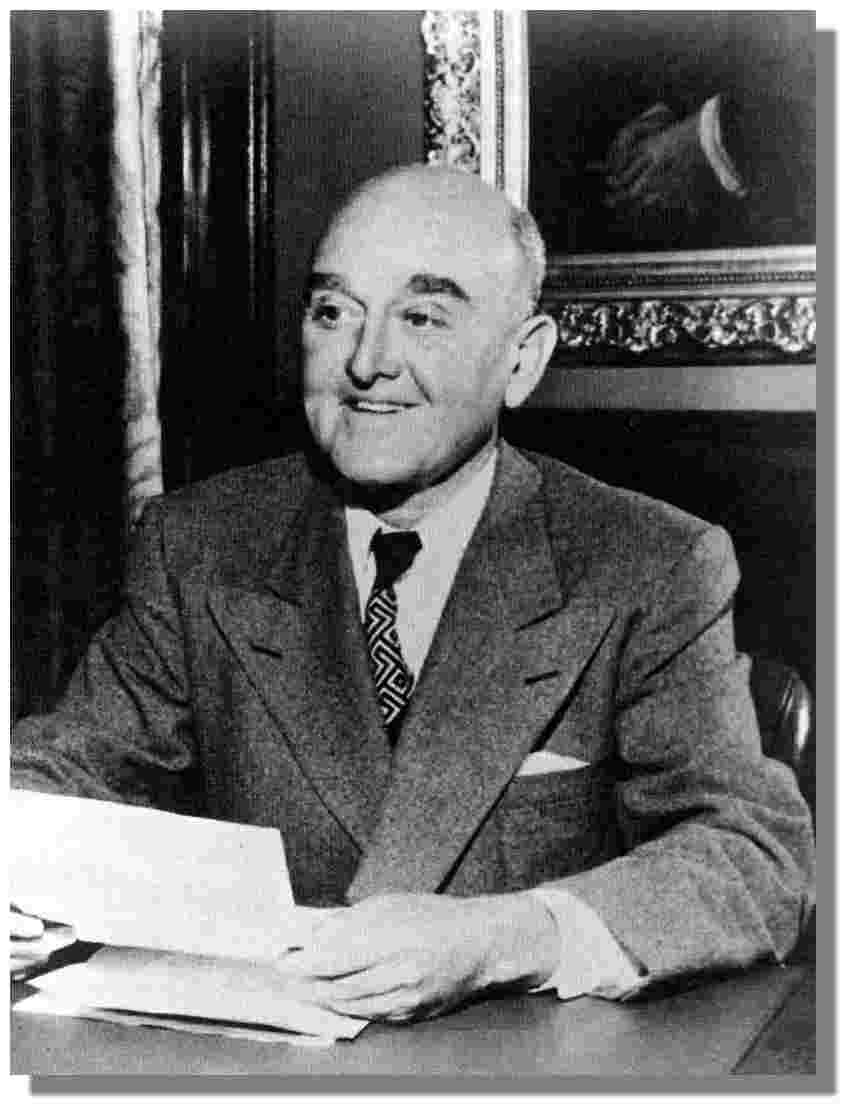 A younger J. J. Lynn in his office (probably 1920's)
The portrait in the background is U.S. Epperson.